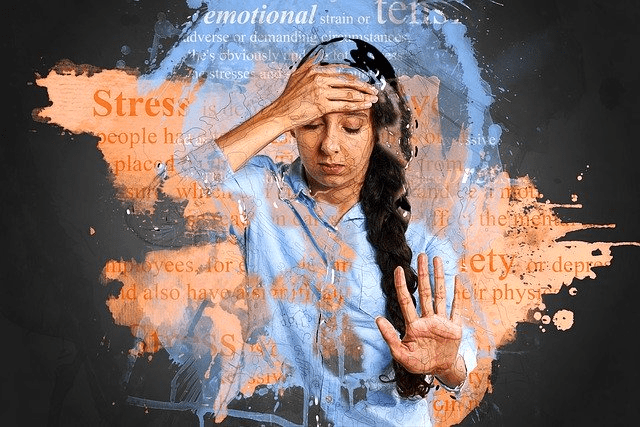 This post is the second in a three-part series about stress in which I’m explaining the connection between Alzheimer’s disease and chronic stress. Stress reduction is, in my opinion, the most neglected part of Alzheimer’s prevention and treatment which is why I want you to understand the stress connection.

Unfortunately, many people live in a state of chronic stress. As a result, they unknowingly and consistently flood their body with hormones that were designed for short term use. This creates a cascade of health problems related to many different systems in the body such as high blood pressure, cardiovascular disease, digestive issues, reproductive issues, hormonal imbalances, and more.

So, how is stress connected to Alzheimer’s? To understand this, we have to understand how high levels of the stress hormone cortisol impact the brain, as well as its relationship to inflammation throughout the body.

Cortisol is a stress hormone, but it naturally circulates in the body all the time. It reaches its highest level in the morning to help wake us up and provide energy. It decreases throughout the day and is lowest in the evening, at which point the melatonin hormone begins to rise to eventually make us sleepy. This is a simplified explanation of the role of cortisol in the natural circadian rhythm. We need cortisol.

However, over time, chronically high cortisol due to stress is damaging to the brain and wears down its ability to function properly. This doesn’t “cause” Alzheimer’s – but the areas in the brain that are impacted are the areas typically impacted by those who have Alzheimer’s.  Here’s what happens when cortisol is consistently high:

Over time the prefrontal cortex begins to shrink. That’s the part of the brain at the very front of your head. It’s responsible for memory, learning, planning, attention, problem-solving, decision making, reasoning, and time management. Memory issues are often a sign of chronic stress. Cortisol also affects brain cells in the hippocampus which impacts memory, learning, and emotional regulation.

The amygdala increases in size. This part of the brain is associated with processing emotions and is related to anxiety, depression, fear, and aggression. Fear and anxiety become more intense as the amygdala increases in size. Anxiety, depression, fear, and aggression are common among the chronically stressed. They also are often experienced by Alzheimer’s patients.

Cortisol creates more of the neurotransmitter glutamate. Higher levels of glutamate create free radicals that cause oxidative stress – a contributor to Alzheimer’s disease. At the same time, high levels of cortisol deplete BDNF – Brain-Derived Neurotrophic Factor – which is necessary for the birth of new brain cells, the nourishment of existing brain cells, and the communication between them. Low BDNF levels are associated with Alzheimer’s and other dementias.

Cortisol interferes with synaptic regulation which can result in loss of sociability & interaction with others, which is common in those with Alzheimer’s disease.

Cortisol depletes the neurotransmitters serotonin and dopamine. Serotonin makes us feel happy and is involved in mood and sleep. Dopamine gives us motivation. It’s common for people experiencing a lot of stress to have insomnia, mood issues, and lack motivation. It’s also common in Alzheimer’s patients.

High levels of cortisol induced inflammation can cause the blood-brain barrier to become permeable which means harmful substances can get in – examples include toxins, heavy metals, and bacterial pathogens, all of which are contributors to Alzheimer’s disease.

Everyone who experiences these things doesn’t get Alzheimer’s disease. Remember, I’m not saying chronic stress causes Alzheimer’s, I’m saying it’s a strong contributor – perhaps an initiating contributor for many people – because of the way it impacts the brain and its contribution to a number of chronic health issues that impact the brain.

Now let’s explore the connection to inflammation which moves us closer to Alzheimer’s disease.

Stress hormones can activate an inflammatory response in the brain and throughout the body. Inflammation is correlated with:

All of these issues are underlying contributors to Alzheimer’s disease.

Inflammation triggers amyloid accumulation in the brain, which is one of the hallmark diagnostic criteria for Alzheimer’s; and has been considered the cause of Alzheimer’s disease for many years. Billions of dollars have been spent trying to reduce or eliminate amyloid in the brain. Researchers are finally asking what causes the cause? Anything that causes chronic inflammation is a potential contributor to Alzheimer’s disease.

Alzheimer’s is complicated and most people with a diagnosis have more than 10 underlying contributors that were never addressed. Chronic stress could be the beginning of the metabolic mayhem that eventually leads to Alzheimer’s for many people.Therefore, stress reduction should be a high priority for Alzheimer’s prevention, reversal, and management.

Let’s put it all together in four sentences.

Here’s the good news: ). All of the brain-body health issues mentioned above are preventable, and reversible if you don’t wait too long. Stress reduction is a big part of the solution.

In part 3 of this series I’ll share some of my personal experience with chronic stress along with practical ways to manage it that you can implement immediately. In the meantime, when you find yourself thinking about troubling experiences in the past – or worrying about the future – notice those thoughts, interrupt them, and re-orient yourself to the present moment.

Angela Chapman is a Bredesen ReCODE Practitioner and Functional Health Educator. If you’re searching for proven ways to protect your brain health and avoid Alzheimer’s disease, her Sunday email is a great resource for you. ,Learn more about it HERE.