The Best Way to Help a Spouse With Alzheimer’s 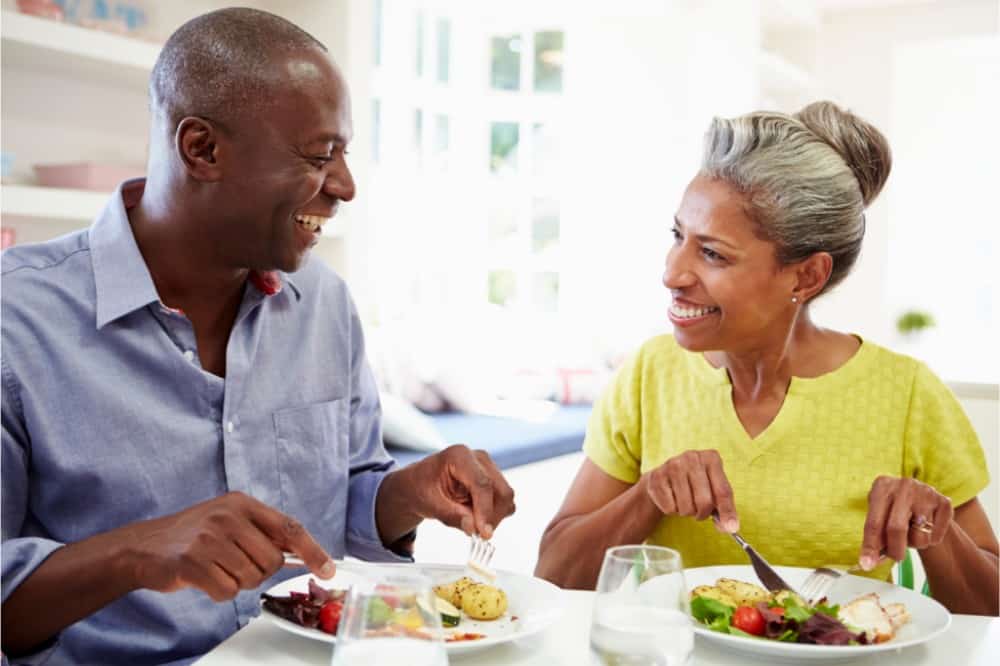 If your spouse has Alzheimer’s, the day-to-day emotion and effort is very stressful. While there are many ways you can support them that will enhance quality of life for both of you, the first and most important thing to address is diet.

When my mom came to live with me in 2018, she had advanced Alzheimer’s. It was the first time I was able to influence her care. At that point, she was unable to use all aspects of the ReCODE protocol, she was mostly unaware of her limitations, and I was in a constant state of stress, the level of which I had never before experienced.

The most important thing I did for her was to get her diet “right” — to eat in a way that provided fuel for her brain. Almost everyone with Alzheimer’s has insulin resistance and impaired glucose metabolism in their brain. Since food is intimately connected to brain energy, if the brain is resistant to insulin and glucose metabolism is impaired — as it is in approximately 80% of Alzheimer’s patients — the diet must change.

Here’s why: The brain preferentially uses glucose for energy, but it can’t do that if the processes by which that happens are impaired. That’s why switching the brain fuel is the best thing you can do to provide relief and the likelihood of improvement. When I switched my mom’s brain fuel, it helped her, which helped me.

To understand “switching the fuel,” think of how a hybrid car works. It can run on gasoline or electricity — either works well — but it can’t use both at the same time. The brain can run on glucose (sugar) or ketones (fat). Either works well, but the brain always defaults to glucose unless it isn’t available.

That’s why we use the KetoFlex 12/3 diet, a mostly plant-based ketogenic diet that uses intermittent fasting for additional support and allows the brain to use fat for fuel. This is not the Atkins diet, which is a ketogenic diet of mostly meat, butter and cheese. It’s more of a Ketotarian diet, and the book by Dr. Will Cole explains it beautifully. The link will take you to it.

Here’s a real-life story: My brother, who isn’t on the Alzheimer’s prevention train with me, came over to see my mom. He walked into my house with pizza and breadsticks! When it comes to switching brain fuel, Alzheimer’s disease, or health in general, that’s a definite no.

There was no way I was going to let my mom eat pizza and breadsticks, and yet it’s very hard to keep someone away from it if it’s right in front of them. I quickly ushered my brother into the kitchen and told him I would keep mom busy outside while he ate. He rolled his eyes, so I asked him: Haven’t you noticed that she isn’t repeating herself as much? He thought for a minute and the realization hit him.

Another benefit I noticed from switching my mom’s brain fuel was that we were able to have really good conversations in the mornings — pretty close to normal. It was remarkable, and I feel so blessed to have those memories.

Switching my mom’s brain fuel from sugar to fat and making sure she had 16 hours of fasting time between dinner and breakfast made a difference. It did not stop her Alzheimer’s, but it helped her, and that helped me during the short time she lived with me.

In my functional health practice, I see the positive effects of switching brain fuel in Alzheimer’s patients and in those with Mild Cognitive Impairment a lot. There are always individual differences and considerations, but if the brain can’t use glucose for brain energy, changing the food to change the energy source makes a difference.

Here’s another bonus: The KetoFlex 12/3 diet also reduces inflammation, oxidative stress and nutrient deficiencies — all of which contribute to Alzheimer’s. When used with the entire ReCODE protocol the results can be significant.

There really is a lot you can do to prevent, reverse or manage Alzheimer’s disease. It starts with diet, but it doesn’t end there. My Direct Access Membership provides the step-by-step support for the ReCODE protocol that most people need. If you’re caring for someone with Alzheimer’s, or if you’re personally experiencing or want to prevent cognitive decline, I invite you to join.

As for today: Pay attention to your food. How much of it is high in starchy or sugary carbs? How much healthy fat does it include? How much water are you drinking? And, most important, where can you improve?

Angela Chapman is a Bredesen ReCODE Practitioner, Functional Diagnostic Nutrition Practitioner and Functional Health Educator. If you’re searching for practical ways to protect your brain health and avoid Alzheimer’s disease, her Sunday email is a great resource for you.